Labor has reheated its 'Mediscare' campaign for the 2022 election. How do its claims stack up?

Spurious claims are appearing about what each major party would do in government should it win the election. This article is part of a series on scare campaigns: their origins, how they are being spread, and how the claims stack up against the stated commitments of the parties.

Labor has ratcheted up its attack on the Coalition's record on Medicare, warning it could spell the end of the decades-old healthcare system should the Morrison government be re-elected.

In a wide-reaching effort, Labor has clocked up millions of views on Facebook of advertisements prosecuting a number of claims.

But how do they stack up?

The term "Mediscare" has its origins in the 2016 election when Labor ran a highly successful campaign alleging the Coalition would privatise Medicare if elected.

Despite losing the election, analysis by political scientists showed the issue dominated mainstream media,  raising healthcare as an issue among voters and lifting Labor's share of the vote – especially in marginal electorates.

Led by Malcolm Turnbull, the Coalition's majority was cut sharply, giving it a wafer-thin margin in the House of Representatives with just 76 seats – the minimum required to form government outright.

Three years later, in 2019, Labor under Bill Shorten would again campaign with the mantra  "save Medicare".

"This election is a referendum on the future of Medicare," Mr Shorten declared at Labor's official campaign launch.

According to Nicholas Reece, a principal fellow in the Melbourne School of Government and former Labor Party strategist, the "Mediscare" campaign was effective because it played to a pre-existing belief in the electorate.

This was because the Coalition had in 2014 reneged on a promise to meet a higher share of Medicare's rising cost. In 2016, it also proposed the outsourcing – or privatisation – of some Medicare payments.

How Labor's message has been spread

Labor reignited its campaigning on Medicare in June 2021 following the Coalition's announcement of a plan to reform the Medicare Benefits Schedule.

As Shadow Treasuer Jim Chalmers put it via Twitter: "If Scott Morrison is prepared to attack Medicare again before an election, just imagine what he'd do if the Liberals got another term."

Labor ramped up its messaging as the official election campaign got under way, attacking the Coalition's record on Medicare and warning of future cuts and even an end to the system altogether should the Coalition be re-elected.

Meta estimates that over the past year, advertisements that either criticised the Coalition's record or warned that Medicare was under threat were viewed 5.6 million to 6.5 million times at an estimated cost of roughly $76,000 to $98,000.

A mix of claims

Labor's Medicare claims are wide ranging. Some are substantiated; for example, Labor's claim to being the architect of Medicare. Others, however, lack context or are simply incorrect.

For example, Labor campaign spokesman and MP Jason Clare told a media conference on April 16: "At four elections in a row, the Liberal Party has promised to scrap Medicare."

Fact Check was unable to find any evidence that "scrapping Medicare" was ever an election commitment of the Coalition.

Equally, the characterisation of the election as a choice between "Morrison or Medicare", as suggested in Labor advertisements, is overblown.

Following the Coalition's announcement that Anne Ruston would become Health Minister in a re-elected Morrison government, senior Labor MPs including Deputy Leader Richard Marles pointed to past comments by Senator Ruston as evidence of a Coalition plan to end bulk billing.

"Scott Morrison's hand-picked Health Minister Anne Ruston is on the record saying Medicare is unsustainable without co-payments and an end to bulk billing," a sponsored Facebook post reads.

"If Scott Morrison is re-elected, Australians will no longer have equal access to healthcare. Only Labor will strengthen Medicare."

While Senator Ruston, then a backbencher, did tell parliament in 2015 that "Medicare in its current form is not sustainable", the comments were in relation to a GP co-payment policy pursued by then prime minister Tony Abbott but later dumped.

Senator Ruston has since confirmed she no longer supports the co-payment policy, nor is it Coalition policy.

The cost of visiting a GP

A key thread running through Labor's campaign material goes to the Coalition's record on Medicare; in particular, the rising cost of seeing a doctor.

For example, an ALP Facebook advert asks: "Did you know that under the Liberals, the cost of seeing a GP has rocketed up by 35 per cent?"

But as Fact Check has previously explained, Labor's claims in this space are misleading as they lack critical context. 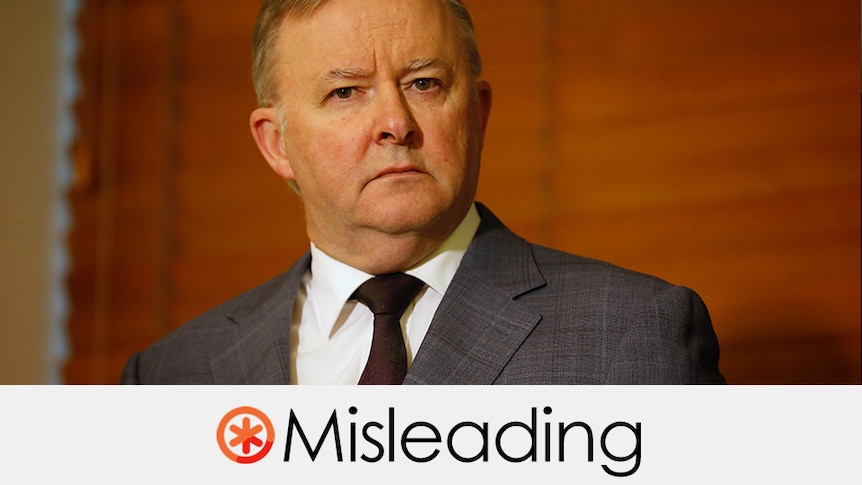 To begin with, by focusing on the change over the Coalition's entire term, Labor's numbers obscure an important factor – the naturally occurring rise in costs over time, which one expert put down to "deeply structural and much more complex" reasons than the actions of any one government.

Fact Check reported that between September 2013 and March 2021, Department of Health data showed the average cost of visiting a GP rose by 38 per cent. However, this equated to an average of 4.3 per cent a year.

Under the previous Labor government, the cost rose 8.9 per cent a year on average.

Anthony Scott, a health economist with the Melbourne Institute of Applied Economic and Social Research, told Fact Check: "Though [the] cost might have increased under this government, it also increased under Labor."

Furthermore, Kees Van Gool, deputy director of the University of Technology Sydney's Centre for Health Economics Research and Evaluation, said that it was important to note that although average patient costs were rising, so too were bulk-billing rates.

The rate has increased over the Coalition's term in office and stood at 88.7 per cent in December 2021.

Health Minister Greg Hunt says that under the Coalition the proportion of people receiving GP services for free has increased to nearly 90 per cent. RMIT ABC Fact Check investigates. 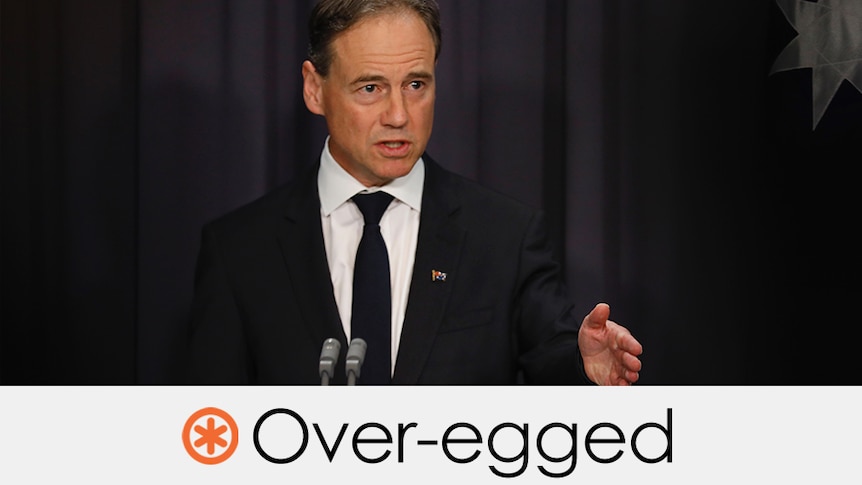 That's not to say there aren't issues with Medicare when it comes to out-of-pocket medical expenses. As a recent Grattan Institute report found, a significant number of Australians miss out on essential medical care due to cost barriers.

However, the report also noted that these costs were primarily concentrated in other areas of the healthcare system – most notably specialist care – with GP cost barriers, for the most part, remaining low.

Another common theme throughout Labor's advertising is that the Coalition enacted 900 "cuts" to Medicare amid the pandemic.

"Who thinks making 900 cuts and changes to Medicare during a pandemic was a good idea? Yeah, us neither," a Labor Facebook advert reads.

"The Liberals made 900 cuts to Medicare," suggests another.

But there's more to the story here, too.

While it's true the Coalition did overhaul the Medicare Benefits Schedule, which lists Medicare services subsidised by the government, experts including Dr Susan Méndez, senior research fellow at the Melbourne Institute of Applied Economic and Social Research, argue the changes were necessary.

"Health is an area that is constantly evolving," she said in an email.

"New treatments, new procedures, new vaccines (e.g. COVID) are happening all the time and people should have access to innovative healthcare.

"This needs to be reflected in the way a system subsidises healthcare. The aim of the review [of the schedule], that was long overdue, was to remove obsolete (low-value, outdated) items and include new ones."

In fact, early evidence suggests the changes were overall "cost neutral", according to a recent paper published by the Melbourne Institute.

"We find no statistically significant effects on medical expenditures, the volume of care, or average fees charged."

Labor has made many claims about the Coalition's track record in managing Medicare, as well as the system's future under a re-elected  Morrison government. However, many of these claims are misleading or lack important context.

The Coalition has not foreshadowed any major change to Medicare in its election campaign.